Prague had never really been on my travel list until this year when I started hearing more and more about how beautiful it was and many of my friends were listing it as their favourite European city. I hadn’t discovered Eastern Europe before as my sights were always set on Western Europe, however intrigued about what I had heard, I wanted to get over there before Winter really set in.

As a solo female traveler I opted to stay in the Old Town because it was central and walking distance to everything.  It’s a city where most sights are discoverable by foot – that is definitely my ideal way to experience new places because of all the unexpected things you find along the way! My first impression of Prague left me in absolute awe with its beautiful architecture of many landmarks and attractions.

A couple of things to note is that the Czech Republic has it’s own currency called the Czech Koruna. Prague however, is known to be one of Europe’s most affordable cities including everything from accommodation, food and Czech beer!

I feel like I only touched the surface of what this city has to offer and I’m already planning my next trip back, however below are my highlights and recommendations of what I’ve discovered so far:

The Charles Bridge crosses over the Vltava river and is one of the most famous bridges in the world and the oldest bridge in Prague. It connects Old Town with the Malá Strana (which is also known as the lesser part of town) and is solely used by pedestrians.

This Bridge has 30 statues that stretch across it either side all with religious significance depicting saints such as John the Baptist, the Madonna and the Crucifix.

I walked across here both during the day and at night and both times were equally as busy and full of life, not only with tourists but also with buskers and entertainers.

The Prague Castle (known as Prazsky Hrad in Czech) is one of the oldest and largest castles in the world.  It’s a huge set up of churches, museums and palaces that date back to the ninth century. It is currently the official residence and office of the President of the Czech Republic.

Upon arrival, you have amazing views of the whole city that are worth the 208 steps I took to reach the top. You need at least half a day to wander around and tickets are required for entry to the Old Royal Palace, Basilica of St George, Powder Tower, Treasury of St Vitus Cathedral, St Vitus Cathedral itself and the South Tower, Golden Lane and Rosenberg Palace. There is the changing of the guard that takes place at noon but unfortunately I had  just missed it! 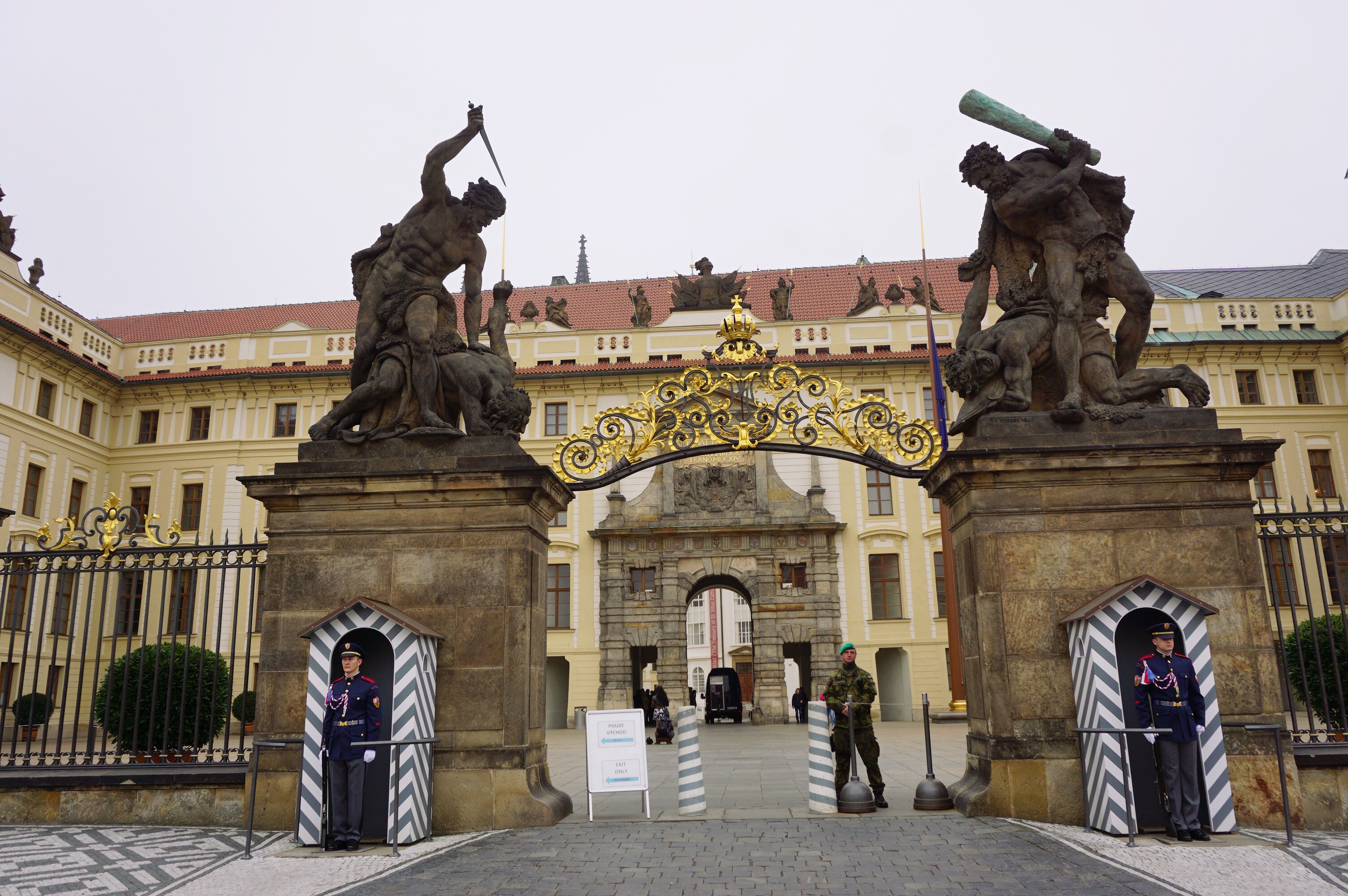 St Vitus cathedral is located within the The Prague Castle and although I have seen many churches in my time, I couldn’t come all this way without checking this one out and glad that I did. It’s a masterwork of gothic architecture and upon entry I couldn’t help but notice the magnificent multi-coloured stain glass windows everywhere.  Many significant Czech kings (including Charles IV) and patron saints were buried here. Not only did it take almost six centuries to complete construction, is the largest temple in Prague, it was also the chosen venue for the crowning of Czech kings and queens and I can certainly see why! 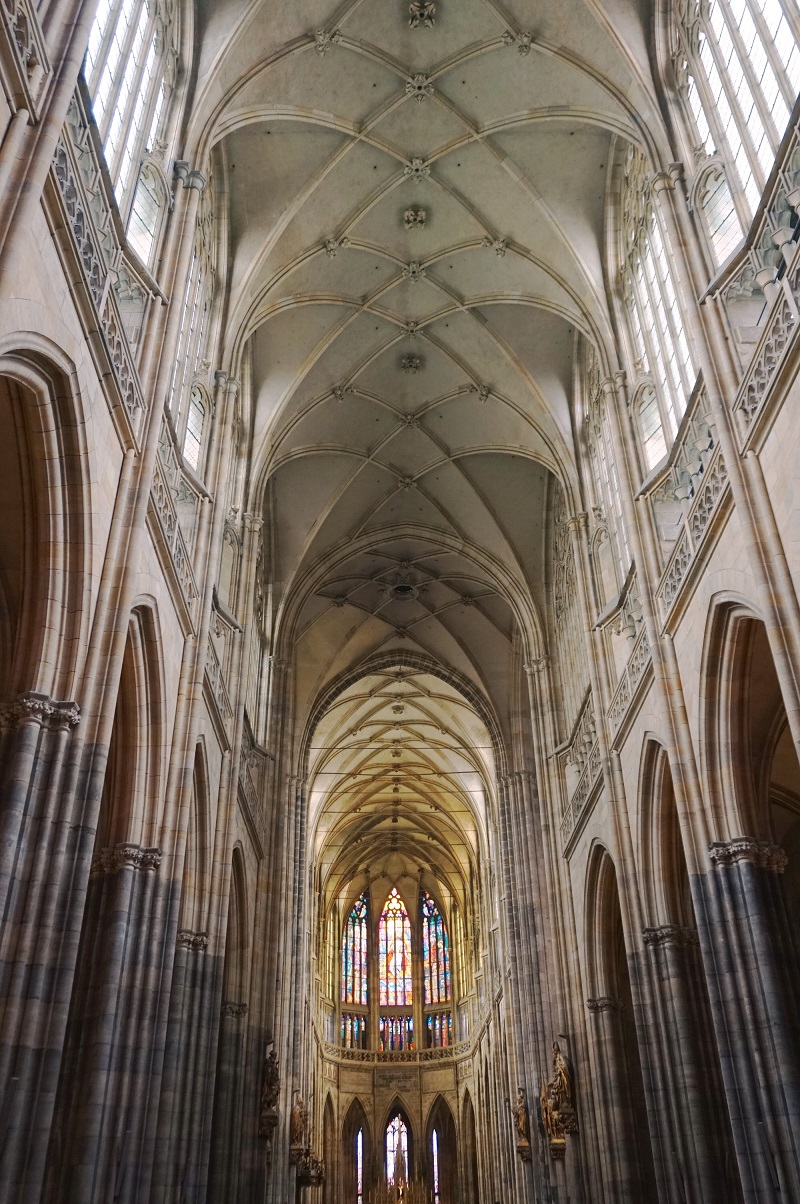 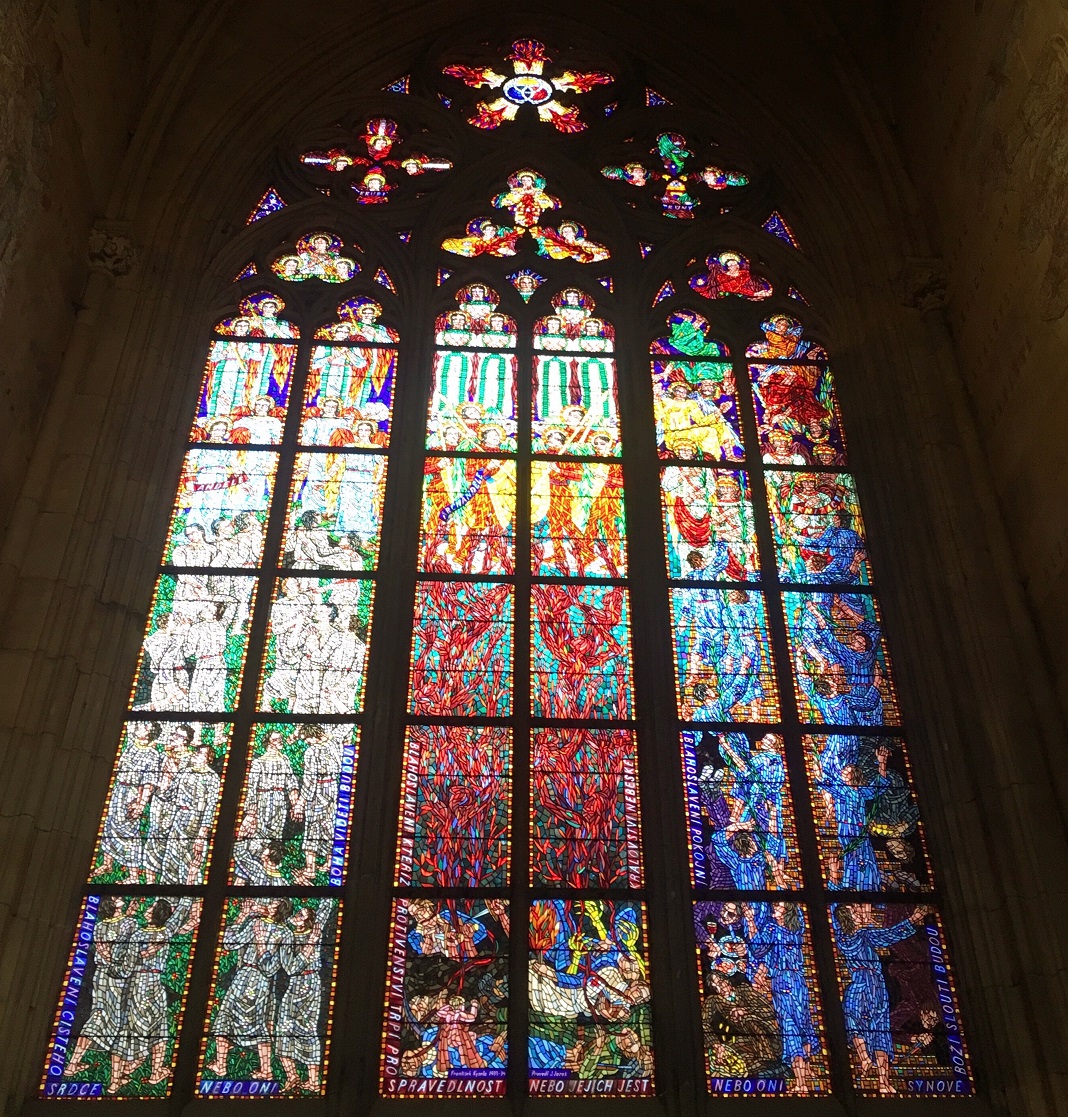 The only way to get to the top of the South Tower of St Vitus Cathedral (which is more than 90 metres high) to witness uninterrupted views of the city, is to walk the 287 narrow winding stairs. This was definitely a challenge for my fitness level which was low at the time. Of course I stopped half way up to see the bell (and a much needed break), however the views from the top were spectacular and totally worth the workout! 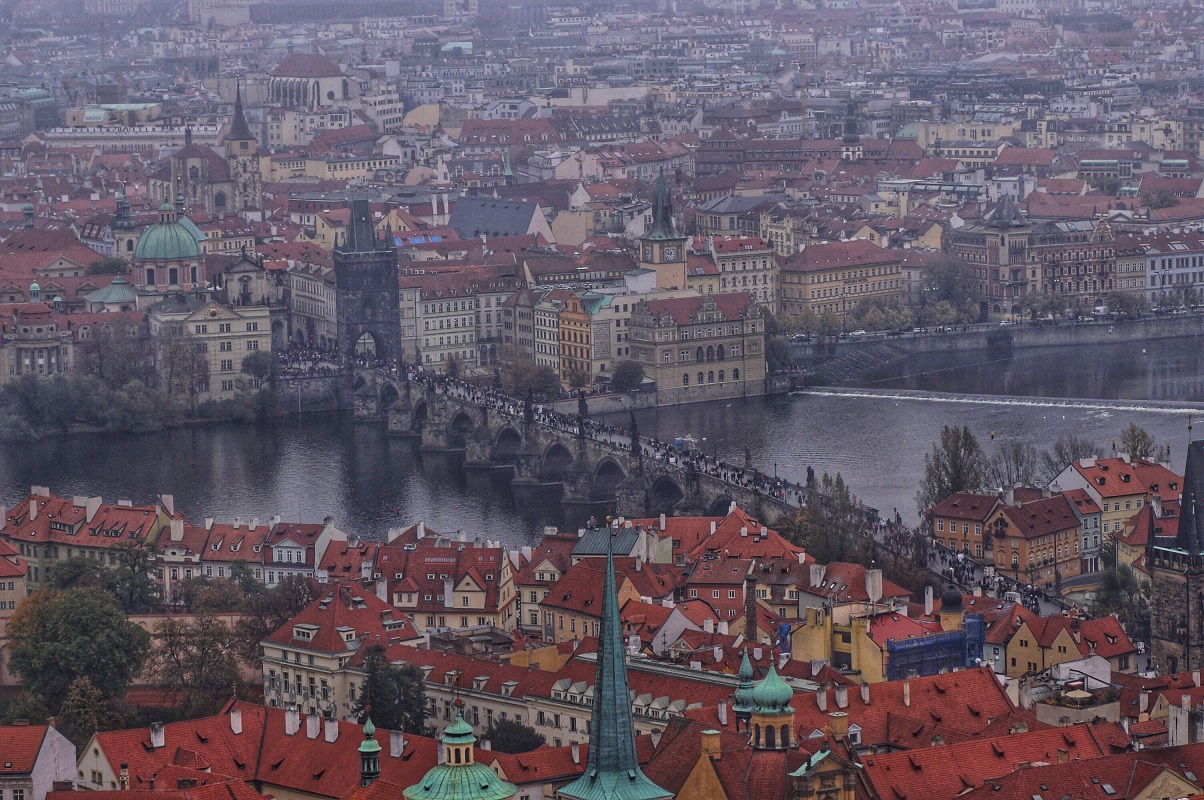 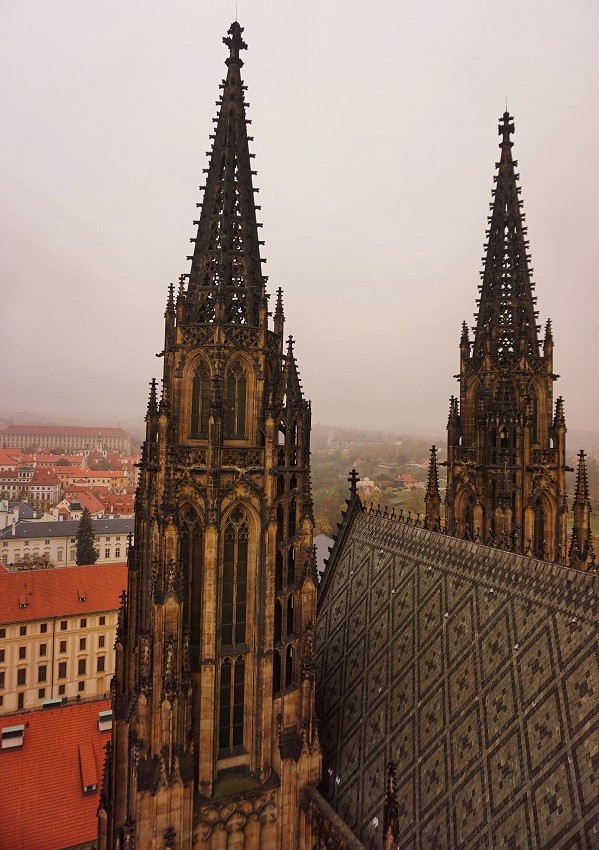 Walking past the the Astronomical Clock one evening, I was wondering why a crowd had congregated and realised it was almost 6:00pm so I was right on time for the show. Every hour people gather around with their phones and cameras ready to capture the 45 second performance of the Apostles and moving statues that takes place.

At first glance the Lennon Wall is a wall full of graffiti and Beatles images where tourists come here to take photos, and apparently John Lennon has never visited this wall. He was, however, a hero to the youth during the Communist era and his songs were banned because they were about freedom. After his murder in 1980, his picture was painted on the wall along with graffiti to defy authorities and an expression of freedom. I couldn’t go past without getting my own photo taken! 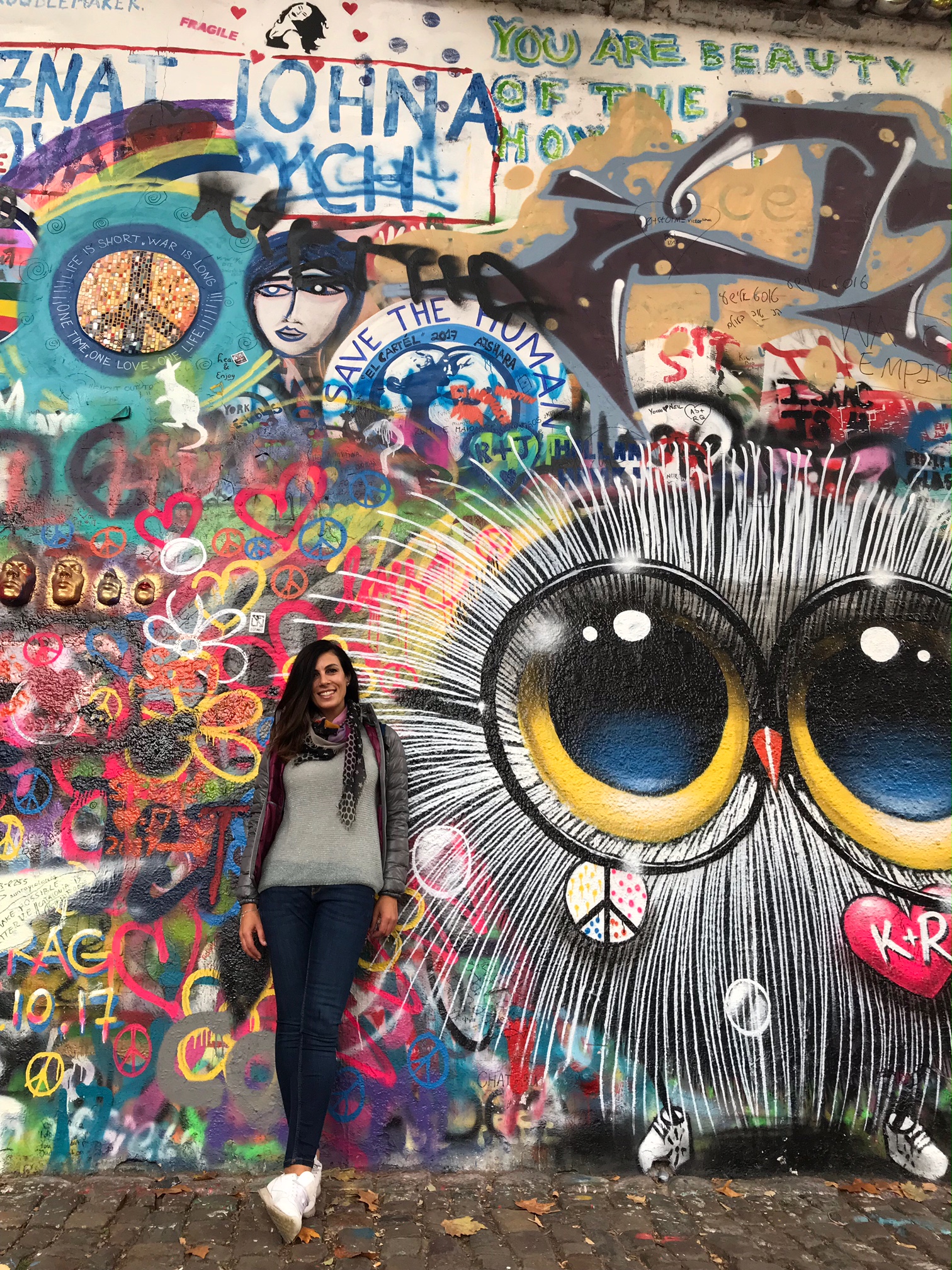 I’ve used Airbnb for accommodation numerous times in the past and was staying in an Airbnb apartment in Prague but had never done an Experience before. These experiences are fairly new and allow you to book a range of activities. One that particularity caught my eye was Instawalk Prague. It was a great way to see Prague from a local less-touristy perspective and get off the beaten track, learn more about my new hobby – photography, and get some great photos taken in several spots by a professional photographer. Not only did I meet a great bunch of travelers, I also got insights on where the locals go to eat and drink. These experiences are definitely something I’m going to look into more often! 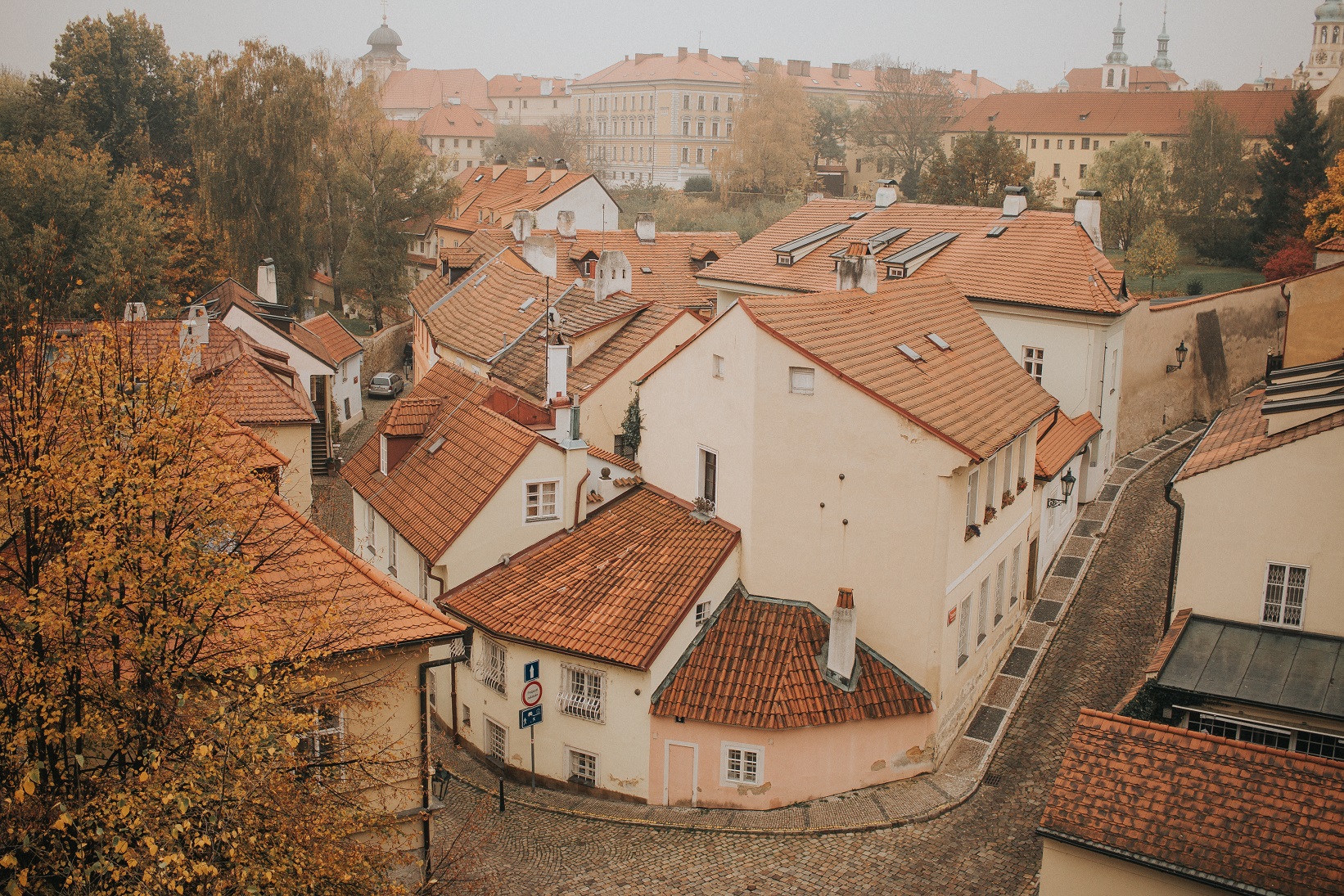 I loved the variety of cuisines that Prague had on offer. Living in a small town in Italy which predominantly comprises of Italian restaurants, you can’t imagine my excitement when I spotted a Mexican restaurant! Speaking of which, I found a great one in Prague…

Agave– I came here with the new friends I’d made on the Photowalk, and were lucky enough to get a table here without a booking. The Margaritas were great and so was the food! I may have over ordered but couldn’t go past the Guacamole and the Beef Tacos! 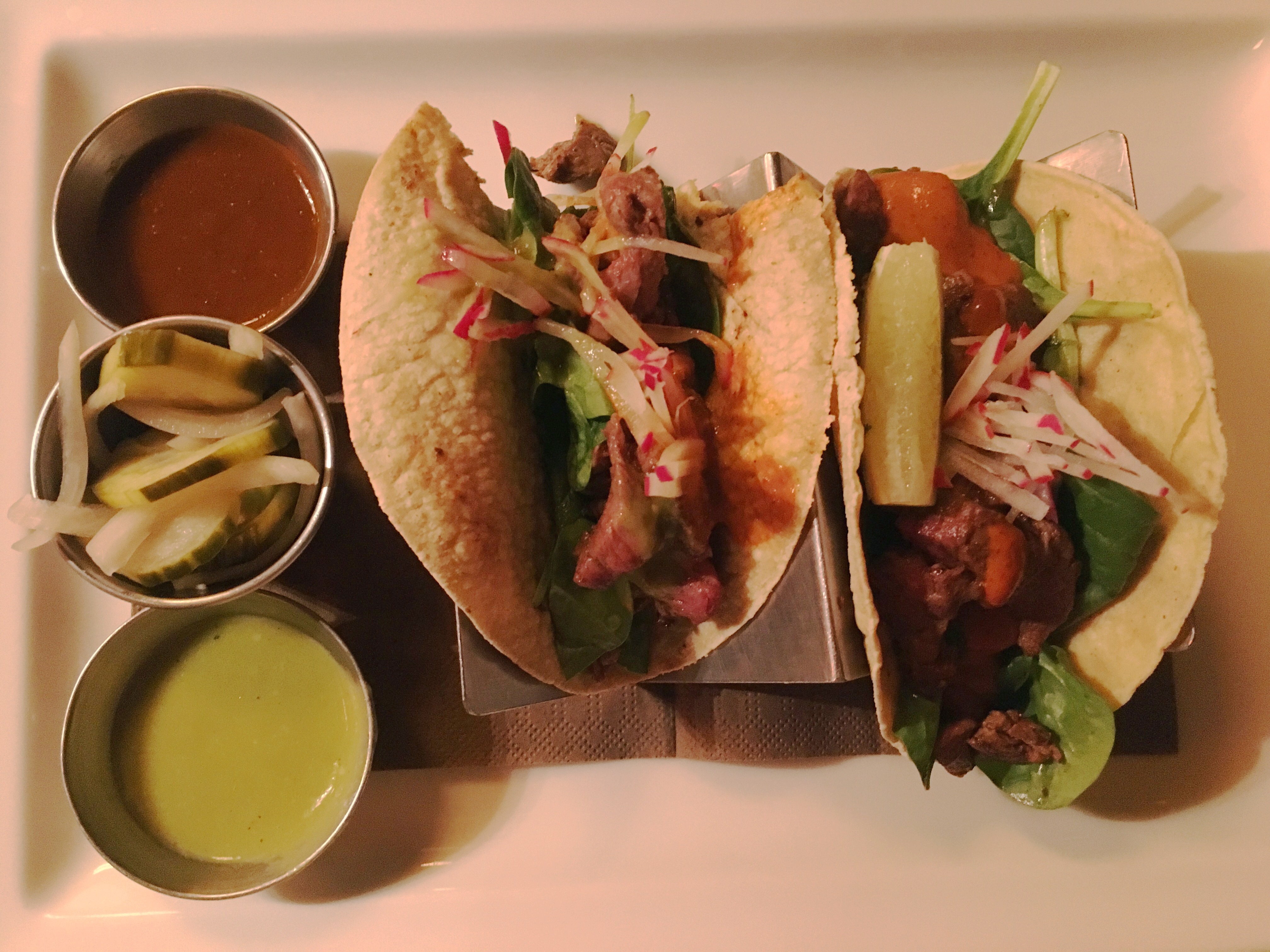 Tricafe – this place was recommended to me by my friend Bec who is an avid foodie and traveler so of course I had to try it. Not the easiest place to find and that’s just the way the owner likes it (as he told me). The coffee here was so good that I came back later that same day for more, but I also devoured an amazing granola for breakfast.

Kavarna Novy Svet – located in a a quiet cobbled lane near the Prague Castle which is not very touristy, but again another place for great coffee.

HTTK – Home Kitchen – this place was close to my Airbnb apartment and I decided to give it a try by chance as I was walking by one morning. Glad that I did, turned out to be really good coffee and and a breakfast that consisted of all my favourite ingredients.

Malostranska Beseda– Traditional Czech food and beer is what I came here for and exactly what I got. I ordered a delicious dish of  Pulled pork shoulder roasted
with ginger and onion with white cabbage and potato dumplings. And for someone who doesn’t drink beer, I did pretty well at almost finishing a pint.

Lokál -Is one that came recommended and serves quality Czech food and beer at reasonable prices, however both nights we tried to come here they were fully booked, even when i tried to book ahead.

Absintherie – This bar has a cool vibe and interior, very big Absinthe selection and some great tasting cocktails !

I definitely can’t finish this post without mentioning Trdelnik… Apparently this rolled dough full of ice-cream isn’t traditionally Czech but it’s everywhere in Prague so of course I had to try one. It wasn’t as sweet as I imagined it would but I definitely couldn’t finish the entire thing.

I absolutely fell in love with this city and need to go back to see the rest of what I missed out on! Prague is  known to have the best Christmas Markets which is very tempting for a return trip but may just be a tad too cold for me!

4 thoughts on “The enchantment of Prague”